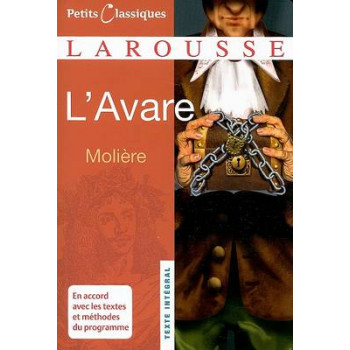 From the Classiques Larousse series. Comedy of characters and humor in its purest tradition. This classic is a subtle satire of the middle classes in the XVIIth century. An avaricious and tyrannical father, dissimulation, material and moral misery at home - the ambience of Harpagon's home is not joyful! But then via his two children love enters his home. In pursuing their happiness, Cl ante and Elise will learn disobedience, assisted by the manservant La Fleche, they will earn it their independence.