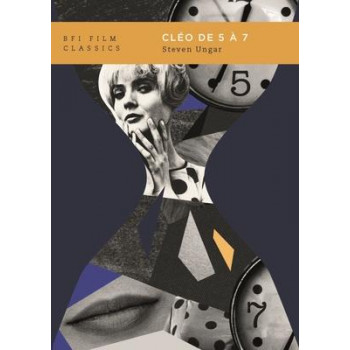 Cleo de 5 a 7 (Cleo from 5 to 7), Agnes Varda's classic 1962 work depicts, in near real-time, 90 minutes in the life of Cleo, a young woman in Paris awaiting the results of medical tests that she fears will confirm a fatal condition. The film, whose visual beauty matches its evocation of early-Fifth Republic Paris, was a major point of reference for the French New Wave despite the fact that Varda never considered herself a member of the core Cahiers du cinema group of critics-turned- film-makers. Ungar provides a close reading of the film and situates it in its social, political and cinematic contexts, tracing Varda's early career as a student of art history and as a photographer, the history of post-war French film, and the lengthy Algerian war to which Cleo's health concerns and ambitions to become a pop singer make her more or less oblivious. His study is the first to set a reading of Cleo's formal and technical complexity alongside an analysis of its status as a visual document of its historical moment. Steven Ungar's foreword to this new edition looks back upon Varda's film-making career and considers her contributions as a female auteur and in the context of the French New Wave.