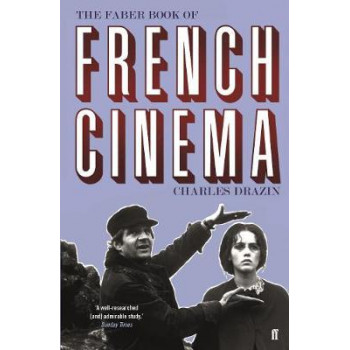 In The Faber Book of French Cinema, Charles Drazin explores the rich film culture and history of the country that first established the cinema as the most important mass medium of the twentieth century. Offering portraits of such key figures as the Lumiere brothers, Georges Melies, Charles Pathe and Leon Gaumont, he looks at the early pioneers who transformed a fairground novelty into a global industry. The crisis caused by the First World War led France to surrender her position as the world's dominant film-making power, but French cinema forged a new role for itself as a beacon of cinematic possibility and achievement. Suggesting a Gallic attitude that has always considered the cinema to be as much a cause as a business, Drazin looks at the extraordinary resilience of the French film industry during the Second World War when, in spite of the national catastrophe of defeat and occupation, it was still able to produce such classics as Le Corbeau and Les Enfants du Paradis. Finally, he traces its remarkable post-war regeneration. He looks at the seminal impact of the New Wave of film-makers - typified by Truffaut and Godard - but also at the other waves that have followed since. As he brings the story into the twenty-first century - with Jacques Audaird's award-winning A Prophet - he seeks to capture the essence of the French film tradition and why it continues to matter to anyone who cares about the cinema.