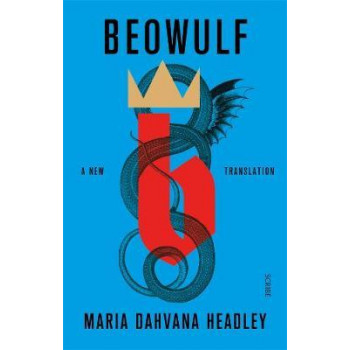 A new, feminist translation of Beowulf by the author of The Mere Wife Nearly twenty years after Seamus Heaney's translation of Beowulf - and fifty years after the translation that continues to torment high-school students around the world - there is a radical new verse interpretation of the epic poem by Maria Dahvana Headley, which brings to light elements never before translated into English. A man seeks to prove himself as a hero. A monster seeks silence in his territory. A warrior seeks to avenge her murdered son. A dragon ends it all. These familiar components of the epic poem are seen with a novelist's eye towards gender, genre, and history. Beowulf has always been a tale of entitlement and encroachment - of powerful men seeking to become more powerful and one woman seeking justice for her child - but this version brings new context to an old story. While crafting her contemporary adaptation, Headley unearthed significant shifts lost over centuries of translation; her Beowulf is one for the twenty-first century. ' The Mere Wife includes some tantalising snippets of Beowulf as translated by Headley. Now we have the full version, and it is electrifying ... It is brash and belligerent, lunatic and invigorating, with passages of sublime poetry punctuated by obscenities and social-media shorthand ... With a Beowulf defiantly of and for this historical moment, Headley reclaims the poem for her audience as well as for herself.' -Ruth Franklin, The New Yorker 'An iconic work of early English literature comes in for up-to-the-minute treatment ... Headley's language and pacing keep perfect track with the events she describes ... giving the 3,182-line text immediacy without surrendering a bit of its grand poetry. Some purists may object to the small liberties Headley has taken with the text, but her version is altogether brilliant.' STARRED REVIEW -Kirkus Reviews 'Headley's Beowulf is kindred in spirit to The Mere Wife - highly conscious of gender and modernised to the hilt - but totally different in form. Instead of changing names or places, Headley sticks closely to the original Old English text while updating the vocabulary with flourishes of internet humour ... The feminism in Headley's translation is embedded in the texture and language of the poem itself rather than in its individual events or characters ... Her Beowulf is a tragicomic epic about the things men do to impress one another. It's as fierce an examination of masculine weakness as The Mere Wife was of feminine strength.' -Jo Livingstone, Poetry Foundation