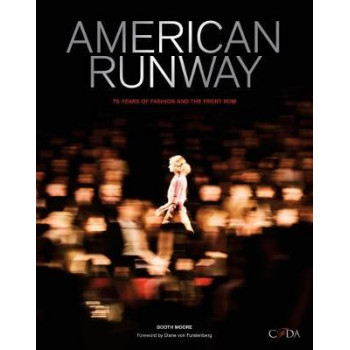 American Runway: 75 Years of Fashion and the Front Row

New York Fashion Week has served many purposes throughout its long history, but it has always remained at the centre of the American fashion world. During World War II, Fashion Week challenged the dominance of French couture; in the 1970s and 1980s, it was a showcase for American sportswear stars who became household names; in the 2000s, it was the stage for celebrity designers using the runway as vehicle for entertainment; and now, it is the place to see and be seen by contemporary reality TV and social media stars. Now, this illustrious history is told as it's never been told before, in a book packed with designer interviews, backstage ephemera, and exclusive photographs culled from all 75 years of New York Fashion Week. Part historical overview, part scrapbook, and part fashion-industry field guide, American Runway will bring to life the people, places, and over-the-top runway productions of New York Fashion Week-and will sate the appetites of die-hard fashion fans and casual fashionistas alike.