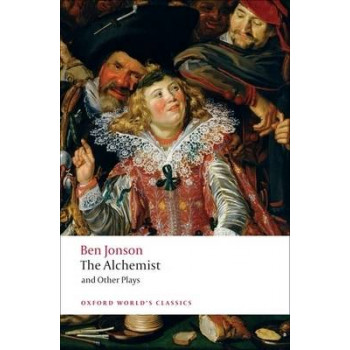 Alchemist and Other Plays: "Volpone, or the Fox", "Epicene, or the Silent Woman", The "Alchemist", "Bartholemew Fair"

This edition brings together Jonson's four great comedies in one volume. Volpone, which was first performed in 1606, dramatizes the corrupting nature of greed in an exuberant satire set in contemporary Venice. The first production of Epicene marked the end of a year long closure of the theatres because of an epidemic of the plague in 1609; its comedy affirms the consolatory power of laughter at such a time. The Alchemist (1610) deploys the metaphors of alchemical transformation to emphasize the mutability of the characters and their relationships. In Bartholomew Fair (1614) Jonson embroils the visitors to the fair in its myriad tempations, exposing the materialistic impulses beneath the apparent godliness of Jacobean Puritans. Under the General Editorship of Michael Cordner of the University of York the texts of the plays have been newly edited and are presented with modernized spelling and punctuation. Stage directions hvae been added to facilitate the reconstruction of the plays' performance, and there is a scholarly introduction, detailed annotation, and a glossary. ABOUT THE SERIES: For over 100 years Oxford World's Classics has made available the widest range of literature from around the globe. Each affordable volume reflects Oxford's commitment to scholarship, providing the most accurate text plus a wealth of other valuable features, including expert introductions by leading authorities, helpful notes to clarify the text, up-to-date bibliographies for further study, and much more.