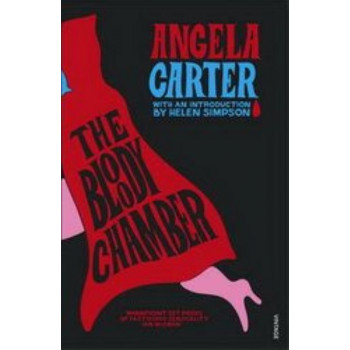 The old fairy stories live again, subtly altered. By the prize-winning author of "Wise Children", "Nights at the Circus", "American Ghosts and Old World Wonders" and "Expletives Deleted". Review: 'Magnificent set pieces of fastidious sensuality' Ian McEwan 'Angela Carter has extended the life and richness of the fable form itself partly through language that is both pellucid and sensual, but chiefly through imagination of such Ariel reach that she can glide from ancient to modern, from darkness to luminosity, from depravity to comedy without any hint of strain and without losing the elusive power of the original tales' The Times 'The Bloody Chamber's interweaving of retold fairy tales demonstrates Angela Carter's narrative gift at its most mocking and seductive' Observer 'Extraordinary and beautiful' Peter Redgrove Author Biography: Angela Carter was born in 1940 and read English at Bristol University, before spending two years living in Japan. She lived and worked extensively in the United States and Australia. Her first novel, Shadow Dance, was published in 1965, followed by the Magic Toyshop in 1967, which went on to win the John Llewellyn Rhys Prize. She wrote a further four novels, together with three collections of Short Stories, two works of non-fiction and a volume of collected writings. Angela Carter died in 1992