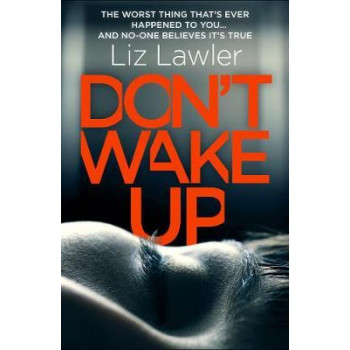 A pitch-black psychological thriller for fans of Before I Let You In by Jenny Blackhurst and The Lie by C.L. Taylor.Alex Taylor wakes up tied to an operating table. The man who stands over her isn't a doctor.The choice he forces her to make is utterly unspeakable.But when Alex re-awakens, she's unharmed - and no one believes her horrifying story. Ostracised by her colleagues, her family and her partner, she begins to wonder if she really is losing her mind.And then she meets the next victim.So compulsive you can't stop reading.So chilling you won't stop talking about it.Don't Wake Up is a dark, gripping psychological thriller with a horrifying premise and a stinging twist . . .'Outstanding . . . a rollercoaster of a read' Angela Marsons