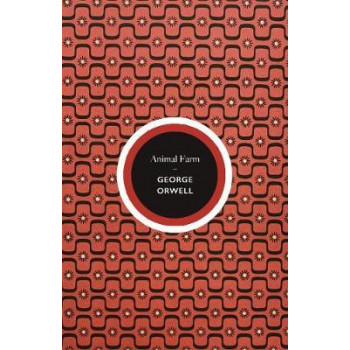 All animals are equal, but some animals are more equal than others.George Orwell's fable of revolutionary farm animals - the steadfast horses Boxer and Clover, the opportunistic pigs Snowball and Napoleon, and the deafening choir of sheep - who overthrow their elitist human master only to find themselves subject to a new authority, is one of the most famous warnings ever written.Rejected by such eminent publishing figures as Victor Gollancz, Jonathan Cape and T.S. Eliot due to its daringly open criticism of Stalin, Animal Farm was published to great acclaim by Martin Secker and Warburg on 17 August 1945. One reviewer wrote 'In a hundred years' time perhaps Animal Farm ... may simply be a fairy story- today it is a fairy story with a good deal of point.'Seventy-five years since its first publication, Orwell's immortal satire remains an unparalleled masterpiece and more relevant than ever.The Authoritative Text. With an introduction by Christopher Hitchens.*This stunning edition of Animal Farm features period artwork by Elizabeth Friedlander, one of Europe's pre-eminent 20th-century graphic designers. Look out for complementary editions of Orwell's essential works Nineteen Eighty-Four and Down and Out in Paris and London.*