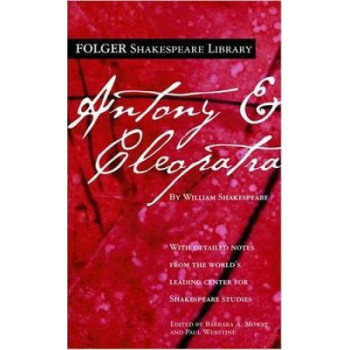 Antony and Cleopatra dramatizes a major event in world history: the founding of the Roman Empire. The future first emperor, Octavius Caesar (later called Augustus Caesar), cold-bloodedly manipulates other characters and exercises iron control over himself. At first, he shares power with Mark Antony, Rome's preeminent military leader, and the weaker Lepidus. Caesar needs Antony to fend off other Roman strongmen like Pompey; he even offers his sister Octavia to him as a bride, despite Antony's reputation as a libertine and his past rivalry with Caesar. Once Caesar defeats Pompey, however, he needs no allies. He brings charges against Lepidus, denies Antony his spoils from Pompey's defeat, and seizes cities in the eastern Roman colonies that Antony rules. The play's emphasis, however, is on those whom Caesar defeats: Antony and his wealthy Egyptian ally, Queen Cleopatra. The play does not sugarcoat Antony and Cleopatra's famous love affair, including her calculated attempts to seduce Antony from his duties and his rage when he thinks she has betrayed him to Caesar. Nonetheless, the lovers find such sensual and emotional satisfaction that Caesar's world conquest seems smaller than what they find in each other. The authoritative edition of Antony and Cleopatra from The Folger Shakespeare Library, the trusted and widely used Shakespeare series for students and general readers, includes: -Freshly edited text based on the best early printed version of the play -Full explanatory notes conveniently placed on pages facing the text of the play -Scene-by-scene plot summaries -A key to the play's famous lines and phrases -An introduction to reading Shakespeare's language -An essay by a leading Shakespeare scholar providing a modern perspective on the play -Fresh images from the Folger Shakespeare Library's vast holdings of rare books -An annotated guide to further reading Essay by Cynthia Marshall The Folger Shakespeare Library in Washington, DC, is home to the world's largest collection of Shakespeare's printed works, and a magnet for Shakespeare scholars from around the globe. In addition to exhibitions open to the public throughout the year, the Folger offers a full calendar of performances and programs. For more information, visit Folger.edu.