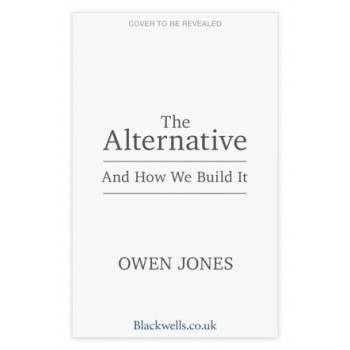 Alternative: And How We Build It, The

We know our world's unequal. But, says Owen Jones, it doesn't have to stay that way. No status quo simply dissolves of its own accord- it must be replaced with something else. Without a real alternative that attracts the belief of millions of people, things will stay the same, if only because it's impossible for many to imagine things looking any different. The Alternative tells us that change is possible, desirable and even inevitable - if we want it. Owen goes in search of the people who are already making change happen- from the US and the UK to Latin America, from the struggles of Hungarian and Turkish dissidents struggling against authoritarian governments to the millions-strong anti-austerity movement in Spain. On his travels, he gathers evidence on how an economy can be built for the many rather than being a racket for the few; how we can reboot welfare states, education systems and health services for the 21st century; and, last but not least, how we can build enough decent homes for people to live in. All this, he shows, must happen through renewed democracy- it is only democracy that can take on inequality and injustice. There is an alternative. We just have to learn how to make it happen. This book shows us how.